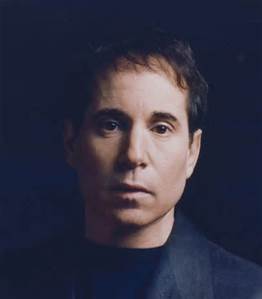 The sign warned people to look around at what they’d become. It called them to account. The speaker in the poem laments the fact that he’s in a world where communication has been reduced to superficiality, where style has debunked substance. In the speaker’s words, he’s witnessing a culture of death, where genuine communication had been largely replaced by neon and artifice. The result: spiritual and existential death. In other words, silence:

The “neon god” the people had made spoke amidst the people. That seems paradoxical. Why would people create a sign that rebuked them? After all, we craft things to serve us, not admonish us. But the speaker is saying more. He’s saying that the very existence of the neon god the people made undermined meaning found in human friendship, in human communion. Entertainment and artifice had replaced human communion and divine communion. The sacred was being replaced by the profane. And cultural depravity is its own indictment. The result: spiritual and existential death. In other words, silence.

Prophetic messages had been sent to them in the form of words spray-painted on the subway walls. They were words of warning that culture was changing, that the roots were being torn out of their soil. But the people didn’t listen.

Simon penned this song in 1964, and libraries of historical tomes have recorded what the varied revolutions of the 1960s have done to the West. JFK’s murder by a leftist caused a nation to mourn. Vietnam dragged on into the 1970s, and Watergate eviscerated many Americans’ optimism in American greatness. Yes, Vietnam and Watergate eviscerated America. Racial bigotry on all sides ripped at America’s core. MLK, Jr. was assassinated. For some, Malcolm X’s Nation of Islam-inspired political vitriol replaced King’s biblical worldview about human dignity for all. But the prophets still spoke. Cultural depravity is its own indictment.

Despite JFK’s statement, “Ask not what your country can do for you; ask what you can do for your country,” liberals and leftists of today evade that idea. They ignore that it was JFK who oversaw the implementation of U.S. Green Berets. It was JFK who led for putting a man on the moon. It was JFK who championed NASA’s research and development. Contribute to society by the way we live our lives? Yes. That came from the mouth of a U.S. president. Today’s leftists again demand something for nothing. And destruction is invariably the result.

And Paul Simon, living and writing during these events, framed it in poetic language—namely, that no neon god can replace what an overarching theology provides: communion with God and community with others. Neon gods cannot satisfy. Baal and Asherah cannot satisfy. Political solutions cannot satisfy. Multiculturalism and political correctness cannot satisfy. Know what results when the transcendent is dethroned? Not freedom but enslavement; not enlightenment but darkness; not rhapsody but silence.