Auggie, Via, Jack, Miranda, Daisy, Julian, and Bear. There are other characters, too: Julian, Mr. Browne, and Mr. Tushman. But these characters from Palacio’s novel Wonder are so true to life that you may say to yourself, “I know him!” and “Yes, that’s the way she is!” aloud. If you are like most readers who appreciate the story first and the artistry afterwards, I cannot say enough good things about this book.

Wonder is first of all a story. The protagonist is August, a fifth-grade boy living in New York, who is just like oodles of other ten-year-old boys. He likes to play video games. He loves Star Wars characters. He has a dog, Daisy, that licks him in the face because she loves him utterly. He likes to dress up for Halloween so that others cannot discern who is behind his mask. He longs to be accepted by his peers. He sometimes squabbles with his older sister, but loves her beyond words. He has stuffed animals on his bed still, but doesn’t want folks outside his parents and sister to really know that.

Wonder is secondly an exploration of tenderness. We readers get to see how fragile we are, not just as fifth-graders, but as people. We see how we jockey for positions—not just as middle schoolers, but as adults. Who will we sit with in the school cafeteria? Are people staring at us? Will people like us? Mustn’t we be cruel sometimes to get ahead? Wonder explores these questions in such a powerful way that my son, wife, and I all read it. And we all wept and laughed, too. If you think that sounds maudlin or overly sentimental, just read this book. Wonder recaptured for me the tenderness with which many of us were designed but that we’ve allowed life to harden.

Thirdly, Wonder reconnects us to each other by showing what courage and kindness accomplish. Palacio has created convincing characters here by revealing their sins and their glories. She shows how they failed at times to live up to what they nonetheless acknowledged was right. But haven’t we all? The author shows redemption in life, too. We see goodness in the world . . . not just evil. We see self-sacrifice, endurance, courage, compassion, and forgiveness.

I could go on and on about Wonder. Read this book, and be reminded of the capacities we have. You may relearn the greatness of some fundamentals; among them are courage, forgiveness, redemption, and kindness. 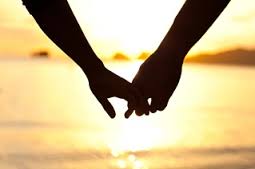 “May I talk with you a minute?” the young man asked.

“It’s about Sara. You remember, right? If she calls it off, I’m leaving the military, and moving back out west. I’ve no reason to stay here, being from Nevada.”

“Really?” the older man asked. “You mean you’d leave your unit here, these guys, your job, and pack it up…just like that? Is it that serious?”

“Yes it is,” the young man said. “You see, I’m not from here. I’m from out west. I came here, really, for her. I joined the military because her father was a vet, and retired out here. And because my father and grandfather served, and they’re here now. . . retired, too. I felt like I had to move when I was with her. But now, all I want to do, you know, if it’s over, is to leave.”

“Well, no, but she said that we needed time to be apart.” He emphasized be apart by signaling quotation marks with his index and middle fingers on both hands above his shoulders when he spoke.

“I see,” the older man said. “Have you thought about this? Do you have other friends that you talk to, and share your life with?”

“Well, you see,” the younger man said, “we’ve been best friends for years. We share everything. She came up…well…like I did…hard…not much structure…and we’ve always promised to fight for us, you know? We didn’t want to be like what we came from.”

“Gotcha,” the older man said. “What makes you think it may be over?” he asked. The younger man never answered the question directly.

“So neither of you wanted to be like what you came from, right?” the older man asked. “Right,” the younger man said quickly.

“And you’re ready to return to where you came from, if she says it’s over, right?” “Right,” the younger man said.

“And because you feel betrayed by her, if she’s willing to call the whole relationship off, or even be apart, as she says, that’s enough handwriting on the wall for you to pack it in. Is that right?”

“Well, may I ask you another question?”

“Well,” the older man asked, “what do you do to decompress, to blow off steam? Drink? Run? What is it for you?”

“That sounds exciting.” The older man felt that he sounded ancient to this young man who rode his motorcycle 160 mph, while the older man’s idea of decompressing was drinking black coffee and reading Dickens.

“What is it about your bike that does it for you?” the older man asked.

“Well, I can be with my riding buddies but still be alone. I’m not a crowd person. I’m not very good with people. And she always got that about me. She’s the people person. I just love her, and I love riding, but I’m not much into the crowd thing,” he said. “I just want to be with her, and it be us, you know? Does that make sense?”

“Yes,” the older man said. “It makes sense. But may we agree that you’ll take a knee for a day or two, and give her time, so you can be apart to evaluate the place of your relationship to each other? Is it all worth at least some time to slow down and think a bit, at least before you’re ready to ride to Nevada?” the older man asked.

The older man changed the topic to the young man’s interests, and spoke of motorcycles, running, and adrenaline life.

The younger man seemed better. He stood up from his chair, extended his hand to shake with the older man, and smiled. “Thanks,” said the younger man. “It’s good to talk to someone.”

As the younger man exited the room, and returned to his world, the older man thought how each man is alone in his own way, but how being alone together is the thing. There are levels of closeness, he thought, wherein we open the windows of our tender paranoid hearts, and look for shapes to fill them with color and warmth, or with the fragrance of knowing and being known, and yet. And yet, the older man thought.