In about a year from now, America will have a new president, and the differences between political parties and worldviews could not be clearer. Many Leftists/liberal 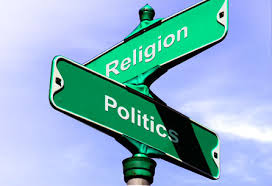 I was born in the late 1960s, so I didn’t really begin to understand political worldviews, or take much of an interest in government, until high school. Then I was working my first real jobs, where I’d look at an actual paystub. I learned the hard way about taxes. Federal, state, and local taxes were taken out. Social security taxes were taken out. Insurance costs, etc. I learned, painfully, about the difference between gross and net income. And I learned that the way voters thought (the worldviews) affected the ways they voted.

Several weeks ago, I wrote about how Christians should vote. Specifically, my concern was the question of criteria. What parameters should Christians bring to bear upon the ballot box? A few fundamentals I suggested included character, the sanctity of human life, and respect for the U.S. Constitution.

Now that we have witnessed the Leftists debate (Hillary Clinton, Martin O’Malley, and Bernie Sanders) their worldviews are quite similar. Homosexual rights (sexuality now is akin to one’s race in Leftism; it can even be changed); women should be able to abort their babies at any time they want; wealthy individuals and their companies should be taxed as punishment for their success; more taxes should be levied from working Americans; climate change (it used to be called “global warming”) is crouching at the door of the planet if we don’t leave off using fossil fuels; Islamic terrorists will somehow quit slaughtering the non-Islamic world if we just have more meetings; and America does not really need to enforce current immigration laws. We don’t need borders, after all, as that could hurt people’s feelings. Borders might suggest that we’re a nation of laws. And of course, only certain lives matter. Cops’ lives apparently don’t matter as much as other lives.

We’ve also witnessed the conservatives/Republicans debate. They, too, dovetailed in many areas. Strong national defense, the sanctity of life, traditional marriage, immigration policies should be enforced, as their lack of enforcement undermines the very essence of law and the U.S. Constitution; lower taxes; Islamic terror should be defeated, not placated; and all lives matter. As to “climate change,” they agree that the science is anything but monolithic in demonstrating man’s impact upon the planet; therefore, we should research clean energy, but not cripple the world’s engines that run on fossil fuels.

There are nuances among both parties and both worldviews, but no honest person can deny the collision of worldviews represented by those on the Left/liberal side of things vs. the Right/conservative side. I do not know of a more polarized time in our culture than what we’re witnessing.

But I would have been wrong. Polygamy, pederasty, fluid gender identity, etc. are all in the cultural discussion today. Infanticide and Planned Parenthood videos don’t even shock us into repentance. What does that say about the worldviews some of these candidates have?

I hope to vote for righteousness next year, but I submit to you that all worldviews are not the same. May we at least be honest enough about the worldviews at stake.

One thought on “Religion and Politics, Part two:”