This week, some of my family and I took a road trip. During some of the long hours on the highway, we tuned in to some talk radio. As observant citizens know, there is no lack of disturbi 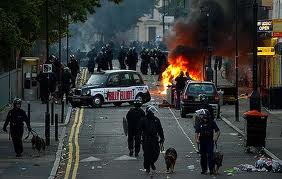 ng headlines. First, a female student at Spring Valley High School in SC was so defiant in class that the police were called to deal with her. Let that sink in. Classroom misbehavior in the government-run school system has reached such lows that police are necessary. That’s how much is tolerated in a culture given over to eschewing personal responsibility. If that’s insufficient, now the student has raised nearly $50,000 via an internet fundraising maneuver. See the tragic paradox? Students who were doing their work, obeying the rules, and even being (ready for this?) self-disciplined are not the protagonists. Nope, they are invisible. The one who gets the attention is the rebel, the defiant, and the one whose behavior is so bad that police have to be called. And no 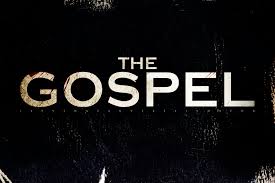 Secondly, Obama spearheaded the release of over 6,000 felons from federal prison this week. Drug dealers were released into America’s neighborhoods at the behest of a nation’s president. Do you think politics might be involved? Do you think class warfare might be involved? Do you think that this decision is consistent with a particular worldview? Should we just wink at evil? Perhaps we can self-reform? If you think the release of felons by executive fiat is wise, will you open your home to these felons? Will you take them in? Perhaps you are looking for a babysitter… Folks, what does it take for a people to think clearly? We’re amidst moral breakdown. Most people reject the diagnosis that we are all sinners in thought, word, and deed. Most people reject the only remedy—namely, repentance and faith in the gospel. And the moralbreakdown continues.

Thirdly, Mattel (the toy maker) may be about to do away with distinctive toys for boys and girls. G.I. Joe is now thought to be sexist. And Barbie dolls are sexist, too. The Left’s solution? Do away with gender-specific toys. Rather than admit that boys and girls are different and complementary, create unisex toys. That’s the lesson Leftists want to teach your children. Do you think a worldview denying the imago dei (the image of God as revealed in Scripture) might be involved here? Do you see what happens when people refuse to acknowledge the obvious? Most people reject the diagnosis that we are all sinners in thought, word, and deed. And most people reject the only remedy—namely, repentance and faith in the gospel. And the moral breakdown continues.