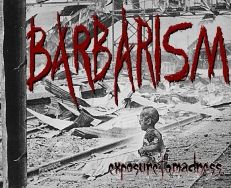 Warning: The following paragraphs address an emotional issue—abortion. They also contain a link to a video of actress Martha Plimpton bragging about her multiple abortions. Finally, my paragraphs share some of my thoughts, some experiences germane to this issue, and a short confession. If you are willing, I invite you to continue. What is at stake is important; no, it is more than that.

I was driving home today to prepare my military gear. I am one of thousands of soldiers being called upon to support our nation amidst Irma’s lashing the land. But that is not what this is about. I had my radio on in my truck. Dennis Prager played an audio of actress Martha Plimpton who recently spoke to a gathering in Seattle, Washington. Her topic: the beauty of her abortions. Plural. Prager played forty seconds of Plimpton recalling her “best abortion” that was performed in Washington. The crowd reacted—with applause.
I’ve attached the link for you here: https://www.youtube.com/watch?v=URiXH_iMLqo

First, I became viscerally angry. I felt my chest tighten. I felt my pulse quicken. I discovered I was squeezing my steering wheel. For a moment, I only pictured this woman’s face in my mind, and I despised her. I wish I could say I am more sanctified than that, but I’m not. I was angry.

Second, I turned off the radio. I pulled off the road. I had to. My stomach was hurting. Why? I felt I might vomit.

The feeling that came to my stomach was the one I felt when I took fellow soldiers through Nazi concentration camps in Germany. I’m thinking of one time in Dachau. Some of my fellow soldiers and I took a few days and I led them on a tour of Dachau. We walked under the iron gates, stood in front of trenches that Jews were forced to dig; we stood in silence before the ovens where men, women, and children were incinerated; we walked into concrete rooms where Zyklon B poison was used to gas millions. We stood under the smokestacks where charred human remains billowed out like snow. We saw rooms stacked with Jewish hair, teeth, and shoes—all torn from them, since they were “undesirables.”

Back to Plimpton. As I heard her speak, and I heard the crowd cheer, that old feeling returned—that sickness that rises in the stomach when we see evil, whether in a concentration camp, or when mothers are lauded for murdering their boys and girls in the womb. One word only I could think of: barbarism.

Third, I thought of my wife. Several years back, she was unable to carry two of our children to term. We lost both of them. I won’t give you all the details, because this is not about us, but about something that affects civilization–if we call it that anymore. At any rate, after several weeks of pregnancy, we had been to the doctor, and we had those proud moments when we bring ultrasound pictures back and display them on our refrigerator. But those children were not to be born. I suffered in a way that defies language. But it was nothing to compare with what I saw my wife suffer and endure. She still grows silent around the time their birthdays would have been.

How do these three things relate? How do they cohere? I pulled off the road because my stomach hurt. It hurt in a way that was visceral. Today brought up some of the greatest pains I have ever known: the horrors of witnessing the remains evil men unleashed upon other men, women, and children in the 1930s and 1940s in Europe—because of a secular worldview; and the horrors of seeing my family’s children die in their mother’s womb, and our praying for God to save them, to deliver them to us healthy; and an American actress boast of multiple abortions to an audience who applauded.

What did I do? I pulled over. I tried to pray. But I wept. I lamented our barbarism. I saw the irony of how we deploy soldiers to save our fellow men from hurricanes, but we murder our sons and daughters in the womb. Barbarism. And I wept and prayed some more.

I wanted to write of literary things, or of history, or of theological interests again. But today I could not. Some things are too important; silence is not my choice.