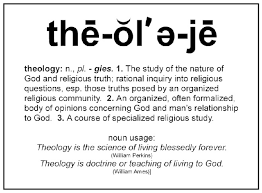 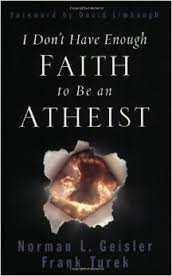 eaders to examine their own assumptions in their search for truth. I’ve read scores of books on Christian apologetics, but what I appreciate about this book is its forthrightness and accessibility for lay persons. I use it as a gift for others whom I believe will actually read it.

During a military deployment a couple of years ago in Afghanistan, I developed a friendship with another officer within our battalion. We both had been English majors as undergraduates and we talked often of our favorite books, writers, and ideas. He’d grown up in Pennsylvania and Massachusetts as a nominal Roman Catholic but said he was now agnostic. He said he’d read the Bible through but could not bring himself to believe in the exclusivity of Jesus as God incarnate. He’d come to reject Christianity. Why? He said that he’d seen too many sins (his word) in the Roman Catholic circles in which he was reared. Even in his forties, he was still wounded by them. In short, he said he was disappointed. Therefore, he said, Christianity could not be true.

Are you following his reasoning? Because he’d seen sinful behavior of those claiming to be Christians, he rejected the Christian faith. May I say this kindly but clearly? That’s very poor reasoning. None of us is righteous. None of us is good. We’re all sinners. The first three chapters of Romans explain this with unmistakable clarity. Because hypocrites exist, Christianity is false? That’s hardly sound reasoning. Jesus excoriated hypocrites: “The scribes and the Pharisees sit on Moses’ seat, so do and observe whatever they tell, you, but not the works they do. For they preach, but do not practice” (Mt 23:2-3 ESV).

Over and over again, Jesus pronounced judgment upon hypocrites. In Matthew 23 alone, Jesus pronounced “woes” and judgments repeatedly upon fakers. Why? Because they (scribes, Pharisees, etc.) were charlatans, they were fakes. They brought reproach upon God’s name for pretending to be lovers and followers of God, yet living ungodly: “Woe to you, scribes and Pharisees, hypocrites! For you tithe mint and dill and cumin, and have neglected the weightier matters of the law: justice and mercy and faithfulness” (Mt 23:23a).

Any righteousness is internal before it’s external. Because our hearts are evil, self-absorbed, and factories of idols, we need new hearts. And that is what Christ provides. He did not come for the righteous but for sinners. Conviction over one’s own sin, not scoffing at others’ hypocrisy, is evidence of a teachable spirit. Trying to use others’ hypocrisy is a tactic of distracting oneself from addressing our own personal sin. We reveal ourselves to be just like the Pharisees Jesus excoriated. We want to appear righteous but we know that we’re guilty sinners.

I bought my friend a copy of Geisler and Turek’s book two years ago. He promised me he would read it. I don’t know if he has. I’m now reading it through for the third time. I don’t say that to boast, but out of love for a friend, who sees the specks in others’ eyes with clarity. May God use this helpful book to help him see himself as well as he sees others. When we begin to see ourselves as the sinners we are, we see what amazing grace is extended to all who will humble themselves before the cross of Christ.