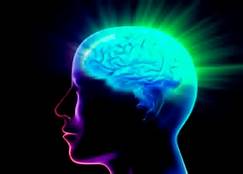 With the subtlety of a boot to the face, Donald Trump has become the presumptive nominee of the Republican Party. Mr. Trump may be president of what has become of these United States. The current president promised up front to fundamentally transform the nation. Honest people concede he has succeeded in unparalleled fashion. What might we learn about how we got here and where we may go? What does the current state of affairs reveal about your mind/worldview?

The 2015 watershed Supreme Court Obergefell v. Hodges 5-4 decision overturned the institution of marriage, insofar as man’s law is concerned. Men can now marry men; women can marry women. As astute thinkers predicted, polygamy and polyamory are now on the horizon. Moreover, there is a push to legalize men marrying boys. To not allow that, in the secular/leftist worldview, is discrimination. Any sexual inclination should be allowed and sanctioned by the law; that is where the Left wants to take the nation.

We have abortion on demand. As of this week, the U.S. is now at 60,000,000 abortions since Roe v. Wade in 1973. I have taught school either fulltime or part-time for the past 15 years; when I worked for government schools, I was required to teach about the Holocaust in WWII. That, of course, is wise. To not teach history accurately is shameful. I was required to teach students about how certain worldviews led up to and enabled the slaughter of Jews by a Leftist regime. But why do we shudder at 6,000,000 slaughtered Jews but not weep over 60,000,000 aborted children in America? Where’s the logical consistency?

Remember last year? The 2015 ESPY Award, given by ABC/ESPN, was to Caitlyn (formerly named Bruce) Jenner for “individual achievement.” And if you enter a Target today, you can claim you “identify” as something other than your born gender. To paint that picture, I, a married man with two children, could claim I “identify” as a woman, and enter the women’s restroom. Are you awake yet? Folks, this is madness.

The 2nd Amendment (the Constitutional right of citizens to keep and bear arms) is up for grabs, too. According to some current sociology studies, many college students are in favor of relinquishing the First Amendment. Why? Because what matters now is one’s feelings, not truth. State-run education has been supplanted by statist indoctrination. “Safe spaces,” multiculturalism, and relativism are in; liberty of thought, logical thinking, and wisdom of the ages are out.

For at least this theological and political conservative, I am an orphan. As I survey the political melee over recent history, one word captures how I feel: weary. Is this what it has come to in America’s public forum? I have taken leave of television. My family and I will occasionally watch a film or attend a concert for entertainment, but television is the real opiate of the people. What might we learn about how we got here and where we may go? In short, we need to learn the lesson we so often forget—that the day we choose to be gods rather than listen and obey God, we die. Judgment falls. We are banished from the first Garden. Yet God did what we couldn’t. He performed what he demanded—perfect obedience:

The key here, as always, is to read carefully. Are we living according to the flesh or the Spirit? That’s the issue that must be settled. That will reveal our worldview. “For the mind that is set on the flesh is hostile to God, for it does not submit to God’s law; indeed it cannot. Those who are in the flesh cannot please God.” (Rom 8:7-8 ESV) Those words are so clear I don’t know how people can misread them. Those who are regenerated by the Holy Spirit submit to God’s law; those who remain unregenerate do not, because they cannot.

Never confuse categories; America is not the church. Therefore, do not expect America or her pagan culture to be the church. But how much greater, therefore, is the seriousness of the hour for the church to be biblical, clear, and bold? When we witness a culture given over to such levels of crassness, one that shakes its fist at the heavens, it does not bode well. The church has largely failed to teach and live out the doctrines we believe. We’re salt that has largely lost its savor. Let the church return to her first love and refocus on the lampstand (Rev 2:4-5).

2 thoughts on “Which Mind are You?”